On August 23rd, my husband had a significant injury caused by sturgeon fishing.  Sturgeon are prehistoric fish normally weighing in around 100 pounds; my husband caught an almost 9 foot, 250 pound sturgeon.  It was the catch of his life (well, outside of me).  During this fishing adventure Steve used his stomach to leverage the fishing rod while battling Moby Dick causing life threatening internal bleed in his stomach.  His blood pressure stayed above 200 for one week resulting in a spinal cord bleed and multiple brain bleeds…leaving my husband forever changed.

Steve’s spinal cord bleed caused him to loose all feeling in his legs below his navel for a few weeks with full paralysis of the legs.  His brain bleeds caused a traumatic brain injury.  Once again, he faced a fight for his life.  The night I got to Canada, where he was, I was told he would never walk again and most likely would fall into a coma and possibly never wake up.  But our God, The Great Healer, continues to show His Mercy to us.

After 12 days in the ICU, 38 days in the hospital, 28 days in in-patient rehab and 7 days and counting in day-program rehab he has had some huge wins and still has deficits.  Steve is still in a wheelchair, but able to stand on his own and take a few steps while holding onto a counter.  The feeling in the right leg is for the most part gone except for the feelings of fire when touched; now he has other medical complications he didn’t deal with before.  He has decreased executive function now due to the traumatic brain injury.  Despite his drastically changed health, we pray with gratitude for what has been restored. He is expected to be able to walk again, but it might be a little slower…we are not a 100% sure.

When you marry “for sickness and health” is part of the vows.  I am not sure I was prepared for the already complicated health (made my liver transplant look like a walk in the park), but now this ads a whole new layer of learning how to be his best advocate.  I take this job on with honor.  He is my husband, my best friend and he is fighting like hell to get back to normal. Why would I not thank God for the opportunity to serve this man while asking Him why did He have to assign this to me?

We are tired.  We have both cried multiple times (and I still cry).

For me, life has become measurably busier.  I have had to give up 50% of my business time in order to take him to outpatient therapy at Shepherd Clinic.  I have to now manage all the meal planning, taking care of pets, house chores and our son for the most part.  Conceptually, I didn’t feel like it would be that much more, but in all reality it is a lot more.  Now, there is no one to help me unload and load the car when we have tons of boxes in the back, no one to share litter box duty with, no one to share two loads of clothes a day with, and the list goes on…all while worrying about my two greatest gifts.

Steve busts his ass 7 hours a day at PT.  Every time we leave to go anywhere I have to take apart a 56 pound wheelchair and put it in the back of our car to get it out again in half an hour.  Every single action we take now has become significantly more complicated and nothing is simple and fast anymore.

Steve is now battling to get back to where he is.  Now he has to sit back and watch me handle most of the house duties and he can feel a bit useless.  While the hope he has is great for a recovery, he worries he will never recover enough.

We are so, so tired, but we continue to fight for future and not lament for the past.  Scratch that, we have our days that we wish for the past.  Oh, how the hard days I have wept asking God to return everything to normal.

But, we have decided to fight.  Fight for Disney World trips with our kids, we fight for a 2nd child through adoption, we fight for being able to dig in the dirt with Max…we fight for the joy that God promises is our’s if we ask Him for it.

We need prayers…for full walking capability, God bringing us another child, more clients for me and more energy for all of us.

It’s Not Fashionable to Wear Shame

Dr. Venus Flytrap knows what’s going on in my bedroom? I doubt it!

The Night The Lights Went Out In Georgia 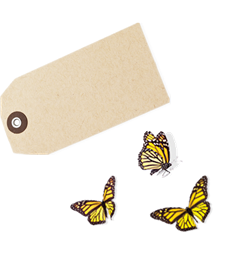